Com. S. K. Vyasji, the legendary leader of the Central Govt. Employees and Pensioners passed away on 13th February, 2015. 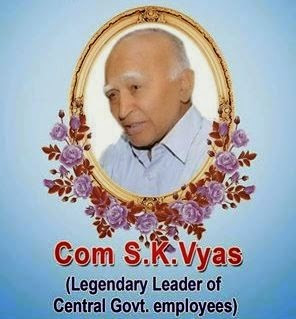 Posted by Confederation Of Central Government Employees at 11:32 PM