GOVERNMENT FILES APPEAL AGAINST JUDGMENT ON MODIFIED PARITY IN PENSION

GOVERNMENT FILES APPEAL AGAINST PRINCIPAL CAT JUDGMENT ON MODIFIED PARITY IN PENSION
TO PRE 1.1.2006 PENSIONERS
The Government has filed an Appeal against the 1ST November 2011 judgment of the Principal Bench of Delhi Central Administrative Tribunal on modified parity in pension to the pensioners retired prior to 1.1.2006. You may remember that the Principal Bench of Delhi CAT had directed implementation of OM dated 1.9.2008 based on the Government's Resolution dated 29.08.2008 accepting the recommendation of 6th CPC for modified parity of pension to pre 1.1.2006 pensioners by nullifying the clarificatory orders issued subsequently that denied the real content of the 6th CPC recommendation as accepted earlier by the Union Cabinet through its Resolution dated 29.08.2008. However now the Government has filed an Appeal against the judgment of the CAT. The legal battle therefore is not over for the pensioners.
Posted by Confederation Of Central Government Employees at 10:53 AM No comments:

The General Strike of Indian working class for which the call was given by the Central Trade Unions and endorsed by all the Federations and the Central and State Govt. Employees elicited the largest participation today. The increased participation of workers in the industrial action was indicative of the growing realization of the need to struggle against the present economic policies of the Govt. of India.

The Central Govt. employees throughout the country responded to the call admirably in as much as the strike was almost total in Kerala, Tamil Nadu, West Bengal, Madhya Pradesh, Jharkhand, Chhattisgarh, Maharashtra, Assam, Meghalaya, Tripura, Manipur and about 80% in Andhra Pradesh, Karnataka, Bihar and Uttar Pradesh, and partial in Delhi, Punjab, Haryana, Arunachal Pradesh, Rajasthan, Himachal Pradesh, Orissa and Gujarat.

The strike was no doubt an impressive reflection of the total discontent of the employees over the various policy decisions like scrapping of the existing pension scheme, outsourcing, contractorisation and privatisation which have threatened the job security. The increasing prices of essential commodities had added to the agony and despite periodical wage increase through the system of Dearness Compensation, the employees found it difficult to make the both ends meet with the existing emoluments.

The Confederation National Secretariat while congratulating the Central Govt. Employees in general for the total co-operation in making the strike action a grand success, particularly place on record the exemplary and magnificent achievement of Income Tax Employees Federation and All India Central Ground Water Board Employees Association, who could make cent percent of their members to participate in the strike.

We once again call upon the affiliates to go ahead with the preparation of the next strike action in pursuance of the 14-point Charter of Demands which are of exclusive concern to Central Government Employees.

Posted by Confederation Of Central Government Employees at 3:16 PM No comments: 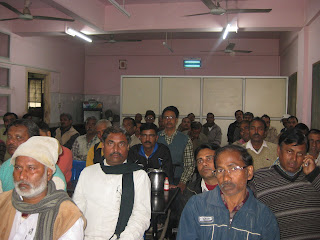 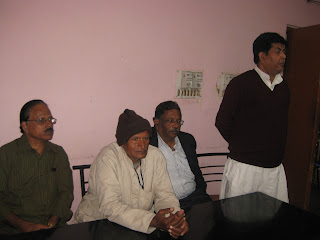 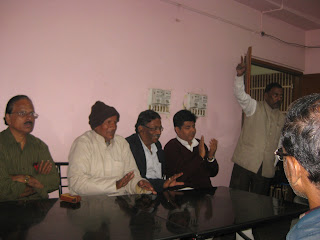 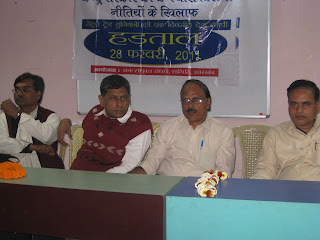 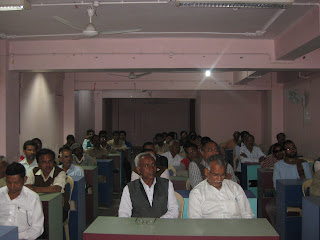 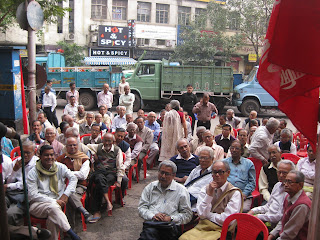 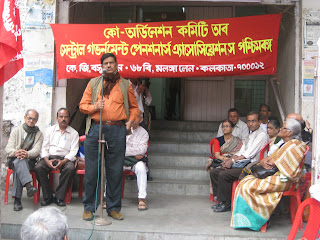 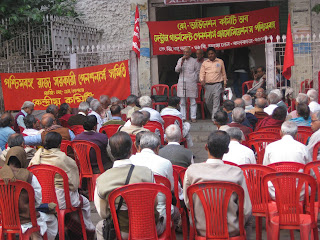 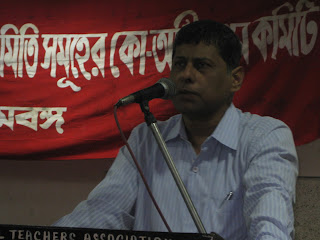 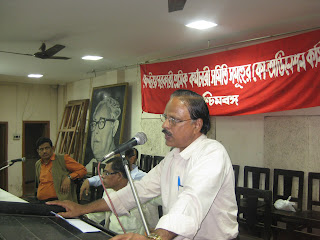 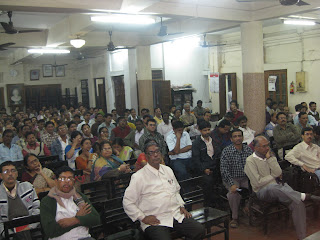 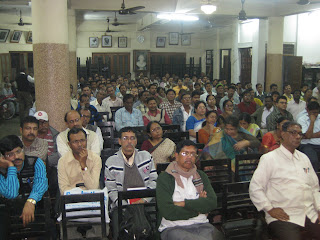 Posted by Confederation Of Central Government Employees at 7:17 AM No comments:

Posted by Confederation Of Central Government Employees at 10:03 PM No comments:

2)   Concrete measures for linkage of employment protection with the concession/incentive package offered to the entrepreneurs,

3)   Strict enforcement of all basic labour laws without any exception or exemption and stringent punitive measures for violation of labour laws.

5)   Creation of a National Social Security Fund with adequate resources in line with the recommendation, of NCEUS and Parliamentary Standing Committees on Labour, Stoppage of disinvestment in Central and State PSUs, the Central Trade Unions also demand immediate action by the Govt. of India to en sure:-

7)   Amendment of Minimum Wages Act to ensure universal coverage irrespective of the schedules and fixation of statutory minimum wage at not less than Rs 10,000/-,

8)   Remove the ceilings on payment and eligibility of Bonus, Provident Fund; Increase the quantum of gratuity.

ratification of ILO conventions 87 and 98.

2.         Fill up all vacant posts and create posts on functional requirements.

4.         Regularize the GDS, daily rated workers, contingent and casual workers by bringing  about a definite scheme of regularization.

on compassionate appointment between the Railway workers and other CGEs).

6.         Stop the move to introduce the productivity linked wage system; Performance related pay; introduce PLB in all Departments; remove the ceiling of emoluments for bonus computation.

7.         Settle all items of anomalies (including the MACP related anomalies) raised in the National and Departmental Anomaly Committee within a fixed time frame of two months; Set up the anomaly committees in those Departments where it has not been set up till date with the Standing Committee Members of the National Council; Convene the meeting of the Departmental Council in all Ministries / Departments once in three months as envisaged in the JCM Scheme.

8.         Make the right to strike a legal right and stop curtailment of TU Rights.

10.       Raise the interest rate for GPF; Revise the OTA and Night Duty Allowance and Stitching and Clothing Rates of Uniforms.

11.       Merge DA with Pay for all purposes including Pension as and when the DA rates cross the 50% mark.

Posted by Confederation Of Central Government Employees at 8:24 PM No comments: