Posted by Confederation Of Central Government Employees at 4:05 PM No comments:

The undersigned is directed to refer to this Department's OM No. 42/10/2014-P&PW(G) dated 27th April, 2015 on the subject mentioned above and to state that the President is pleased to decide that the Dearness Relief (DR) payable to Central Government pensioners/family pensioners shall be enhanced from the existing rate of 113% to 119% w.e.f. 1st July, 2015.

3. Central Government Employees who had drawn lump sum amount on absorption in a PSU/Autonomous body and have become eligible to restoration of 1/3rd commuted portion of pension as well as revision of the restored amount in terms of this Department's OM No. 4/59/97-P&PW (D) dated 14.07.1998 will also be entitled to the payment of DR @ 119% w.e.f. 1.7.2015 on full pension i.e. the revised pension which the absorbed employee would have received on the date of restoration had he not drawn lump sum payment on absorption and Dearness Pension subject to fulfillment of the conditions laid down in para 5 of the O.M. dated 14.07.98. In this connection, instructions contained in this Department's OM No.4/29/99-P&PW (D) dated.12.7.2000 refer.

4. Payment of DR involving a fraction of a rupee shall be rounded off to the next higher rupee.
5. Other provisions governing grant of DR in respect of employed family pensioners and reemployed Central Government Pensioners will be regulated in accordance with the provisions contained in this Department's OM No. 45/73/97-P&PW (G) dated 2.7.1999 as amended vide this Department's OM No. F. No. 38/88/2008-P&PW(G) dated 9th July, 2009. The provisions relating to regulation of DR where a pensioner is in receipt of more than one pension will remain unchanged.

6. In the case of retired Judges of the Supreme Court and High Courts, necessary orders will be issued by the Department of Justice separately.

7. It will be the responsibility of the pension disbursing authorities, including the nationalized banks, etc. to calculate the quantum of DR payable in each individual case.

8. The offices of Accountant General and authorised Pension Disbursing Banks are requested to arrange payment of relief to pensioners etc. on the basis of these instructions without waiting for any further instructions from the Comptroller and Auditor General of India and the Reserve Bank of India in view of letter No. 528-TA, 11/34-80-11 dated 23/04/1981 of the Comptroller and Auditor General of India addressed to all Accountant Generals and Reserve Bank of India Circular No. GANB No. 2958/GA-64 (ii) (CPL)/81 dated the 21st May, 1981 addressed to State Bank of India and its subsidiaries and all Nationalised Banks.

9. In their application to the pensioners/family pensioners belonging to Indian Audit and Accounts Department, these orders issue after consultation with the C&AG.

--Sd/-
(Charanjit Taneja)
Under Secretary to the Government of India
To,

1. All Ministries/Departments of the Government of India/Chief Secretaries and AGs of all States/UTs.

2. Copy for information to Reserve Bank of India(RBI) and all authorized Pension Disbursing Banks.

Please visit this Department's website http://pensionersportal.gov.in for the orders on pension matters including above orders.

Posted by Confederation Of Central Government Employees at 11:04 AM No comments:

27th meeting of Standing Committee of Voluntary Agencies (SCOVA) under the Chairmanship of Hon`ble MOS (PP).
(Click the link below for details)
http://ccis.nic.in/WriteReadData/CircularPortal/D3/D03ppw/Scova.pdf

Posted by Confederation Of Central Government Employees at 11:57 AM No comments:

The undersigned is directed to refer to this Ministry’s Office Memorandum No.1/2/2015-E-II (B) dated 10th April, 2015 on the subject mentioned above and to say that the President is pleased to decide that the Dearness Allowance payable to Central Government employees shall be enhanced from the existing rate of 113% to 119% with effect from 1st July, 2015.

3.         The additional installment of Dearness Allowance payable under these orders shall be paid in cash to all Central Government employees.

4.         These orders shall also apply to the civilian employees paid from the Defence Services Estimates and the expenditure will be chargeable to the relevant head of the Defence Services Estimates. In regard to Armed Forces personnel and Railway employees, separate orders will be issued by the Ministry of Defence and Ministry of Railways, respectively.

5.         In so far as the employees working in the Indian Audit and Accounts Department are concerned, these orders are issued with the concurrence of the Comptroller and Auditor General of India.

Sd/-
(A. Bhattacharya)
Under Secretary to the Government of India

Authority: www.finmin.nic.in
(Click the link below for  DA Orders of Min. of Finance)


http://finmin.nic.in/the_ministry/dept_expenditure/notification/da/da01072015.pdf
Posted by Confederation Of Central Government Employees at 2:57 PM No comments:

ADVERTISEMENTS ISSUED BY VARIOUS MINISTRIES/DEPARTMENTS/ORGANISATIONS IN REGARD TO SPECIAL RECRUITMENT DRIVE FOR FILLING UP OF VACANCIES FOR PERSONS WITH DISABILITIES - REG. Click here to view

Posted by Confederation Of Central Government Employees at 11:49 AM No comments:

Processing of files referred to DOPT for advice/clarification: Draft OM by DoPT for comments CLICK HERE FOR DETAILS
Posted by Confederation Of Central Government Employees at 2:04 PM No comments:

ALL AFFILIATED ORGANIZATIONS OF CONFEDERATION.

As already intimated that All India Womens Workshop of Confederation of Central Government Employees & Workers will be held at Hyderabad on 9th & 10th October,2015. Reception Committee is making all-round efforts to make the Camp a Grand Success. Circular issued by the Reception Committee is enclosed herewith:

All affiliated organizations are once again requested to ensure participation of Women delegates from their organization as per quota fixed WITHOUT FAIL.

Reception Committee has made accommodation arrangements for about 150 delegates. Programme will be finalized and exhibited in the Web Site shortly.

The Office Bearers of CCGEW of A.P and Telangana met today i.e. 14-09-15 and reviewed the preparations to make the All India Women’s Work Shop a grand success.

In this connection it is requested that:

1.     Please ask all the units to inform the General Secretary, Com. V. Nageswara Rao immediately: a) Number of delegates b) Arrival at and Departure from Hyderabad c) Mode of travel. d) Any other information they want to convey.

3.     For any other information the units/delegates can contact the following comrades:

Please see that the required information is sent within 10 days so that arrangements can be made accordingly.

Dear Comrades,
As already intimated the two days All India Women’s Workshop will be held on 9th & 10th October 2015 (Friday & Saturday)at Hyderabad. The C-O-C Andhra & Telangana states has taken the task of hosting Women’s Workshop.  Preparatory work for making the event a grand success has already been started. Detailed programme & notice will be issued and published in our website shortly.  Women’s Workshop will commence at 10:30 AM on 09th October and conclude at 05:00 PM on 10th October. (Exact venue, place for stay etc. will also be intimated shortly).

Delegates from all affiliated organisations and C-O-Cs should compulsorily attend the Women’s Workshop. The minimum quota fixed for each affiliated organisation and C-O-Cs is given below.  All are requested to ensure participation of delegates as per quota fixed, WITHOUT FAIL.  Delegates may be instructed to book their up and down tickets immediately.
Delegate fee per head is fixed as Rs.500/- (Rs. Five Hundred Only).

NB:      (1). While deciding the delegates, the concerned organisations shall include the All India Office Bearers also in their quota.
(2). All affiliated organisations and C-O-Cs are requested to issue their own circulars and  finalise the names of the women delegates and instruct them to book their travel ticket without any further delay.
(3).  All India Women’s Committee Office bearers and committee members should compulsorily attend the workshop.
(4). New Women’s Committee of the confederation will be elected in the Workshop.

Strengthening of administration-Periodical review under FR 56(j) and Rule 48 of CCS (Pension) Rules, 1972 (click the link below for details) http://ccis.nic.in/WriteReadData/CircularPortal/D2/D02est/25013_01_2013-Estt.A-IV-11092015.pdf
Posted by Confederation Of Central Government Employees at 10:58 AM No comments: 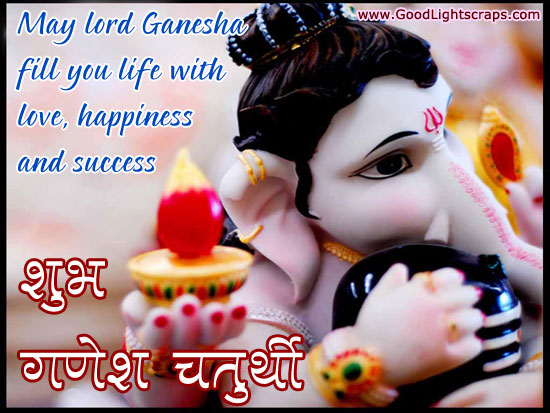 Posted by Confederation Of Central Government Employees at 10:52 AM No comments:

NOTICE FOR THE NATIONAL SECRETARIAT MEETING OF CONFEDERATION

Meeting of the National Secretariat of the Confederation of Central Govt. Employees & Workers will be held at Hyderabad on 09-10-2015 (09th October 2015 - Friday). The meeting shall commence at 05:00 PM and continue till close. National Secretariat members and main Office bearers of the Women's Sub Committee are requested to attend the meeting.

The following shall be the agenda of the meeting:

Agenda:
1.   Common demands of the Central Govt. Employees - 7th CPC related issues and proposed JCM National Council Staff-side indefinite strike from 23rd November 2015.
2.   Review of one day General Strike on 2nd September 2015 as per the call of Central Trade Unions.
3.   All India Women's Workshop of Confederation – Hyderabad – Review
4.   Issues relating to the affiliated Organizations.
5.   Financial review.
6.   Any other item with permission of the Chair.

NCJCM STAFF SIDE DEMANDS ONE RANK ONE PENSION FROM 7TH PAY COMMISSION CLICK HERE FOR DETAILS
Posted by Confederation Of Central Government Employees at 11:48 AM No comments:

Posted by Confederation Of Central Government Employees at 2:15 PM No comments: