As part of the nationwide confederation tour programme to mobilize the CG Emplolyees for the massive march to Parliament on 26th July, 2012 in New Delhi, conventions and mass  meetings were held in the cities of Bangalore, Mysore and Mangalore in Karnataka Circle.

The meeting in Mysore was presided over by Comrades shivashankar and Acharya of NFPE and was held at Mysore HPO on 16.06.2012. . Comrades K.V.Sridharan and P.S.Prasad addressed the meeting. Comrade Manjunath Circle Secretary P3 NFPE also took part.

Meetings  were conducted in both Mangalore HPO and ITEF Office  in Mangalore and was addressed by Comrades K.V.Sridharan and P.S.Prasad.

The photographs showing the successful conduct of the above meetings in Karnataka can be seen below: 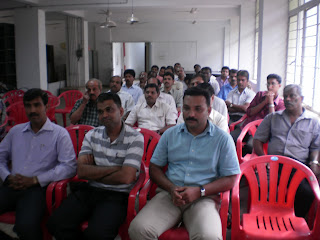 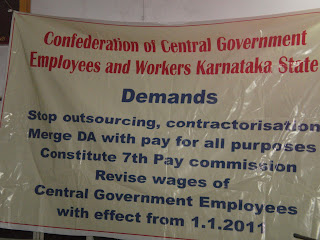 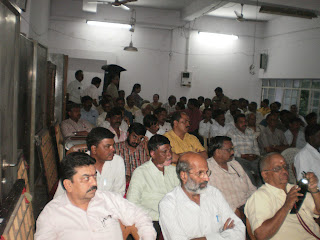 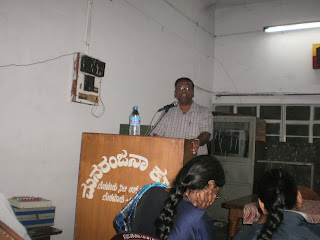 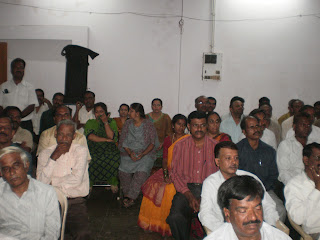 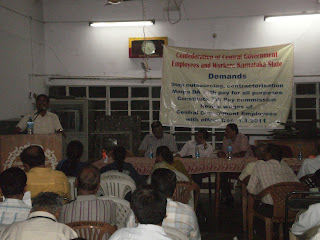 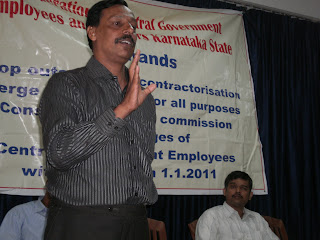 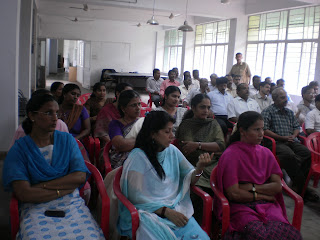 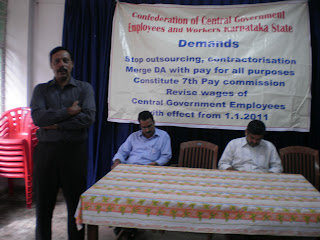 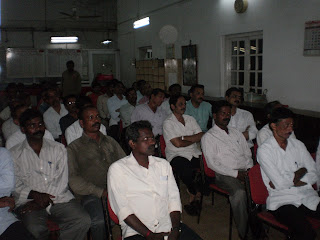 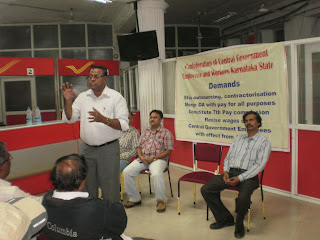 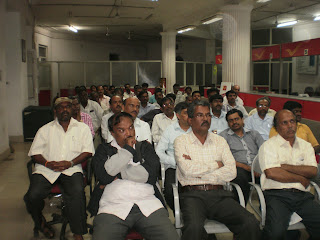