Protest day was observed condemning the administration of Kalpakkam Atomic Power Plant for unleashing Trade Union victimisation against the office bearers for organising the two days nationwide strike during Feb.12,13.02.2014 announced by Confederation.

Further, 5th Memorial day was observed on the demise of com. Jayaseelan, the then General Secretary of COC, Shastri Bhavan.Com. J. Ramamurthy, President of the State Unit presided the meeting and delivered presidential address.

Com. A. Soundararajan, President, State unit of the CITU has made special address on "Hire and Fire" and elaborated the mass retrenchment in Nokia, Hundai, IBM, TCS, deliberated against the privatisation policies of the Modi Sarkar. He made call to organise the working class against the anti labour, anti people policies of the Central Govt.

Com. Elangovan delivered vote of thanks. Hundreds of CG employees attended the meeting in full mass. 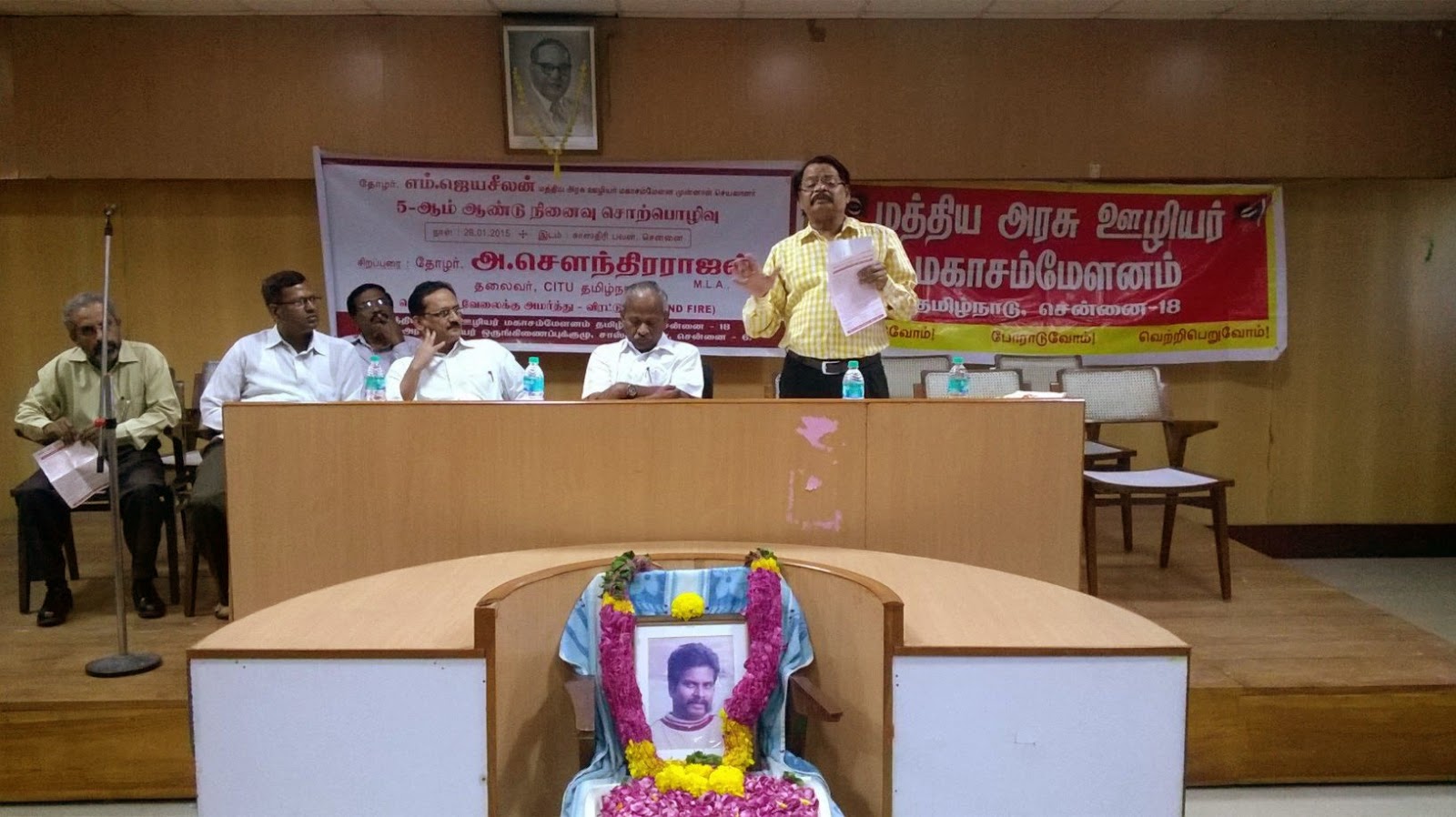 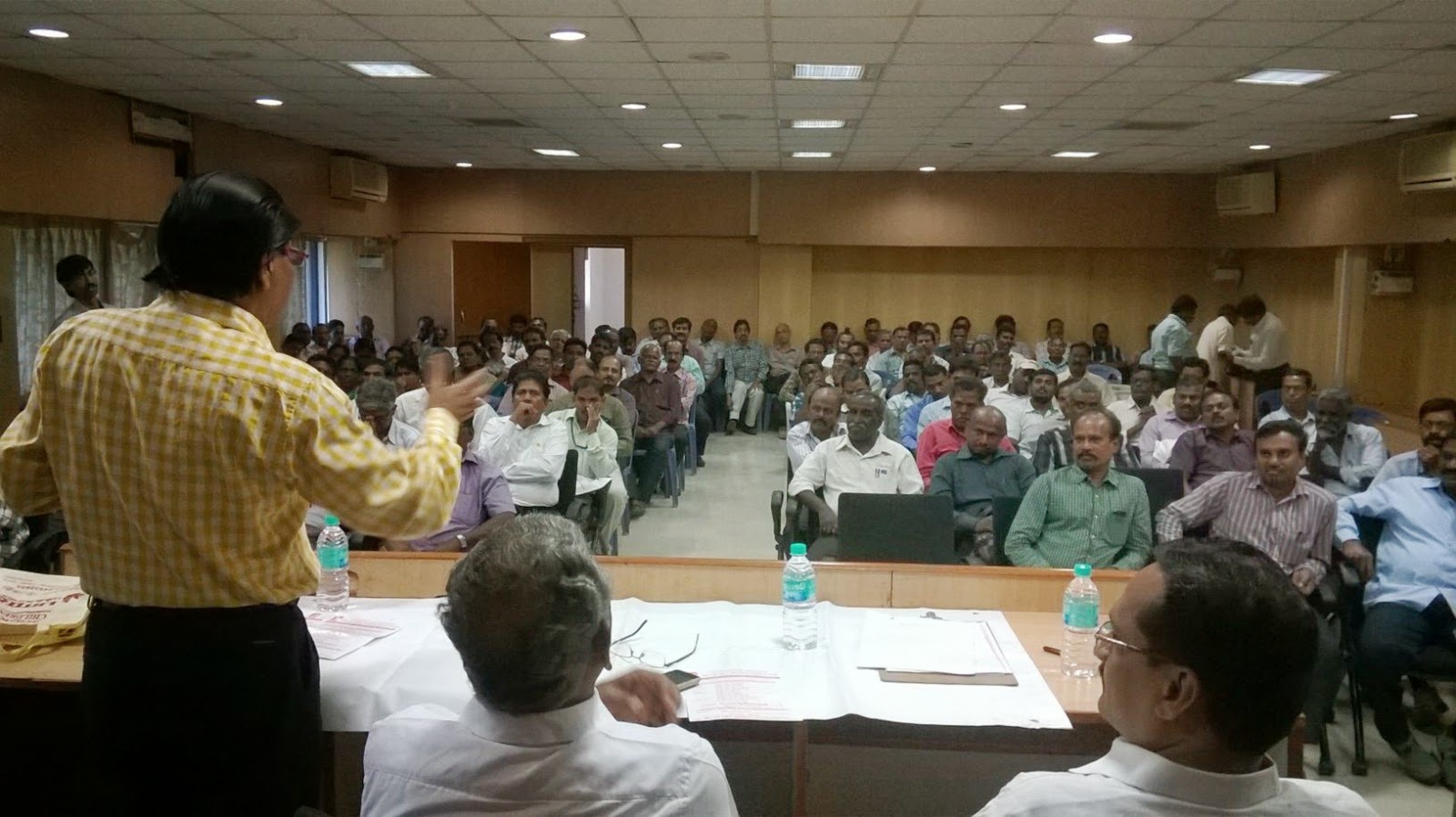 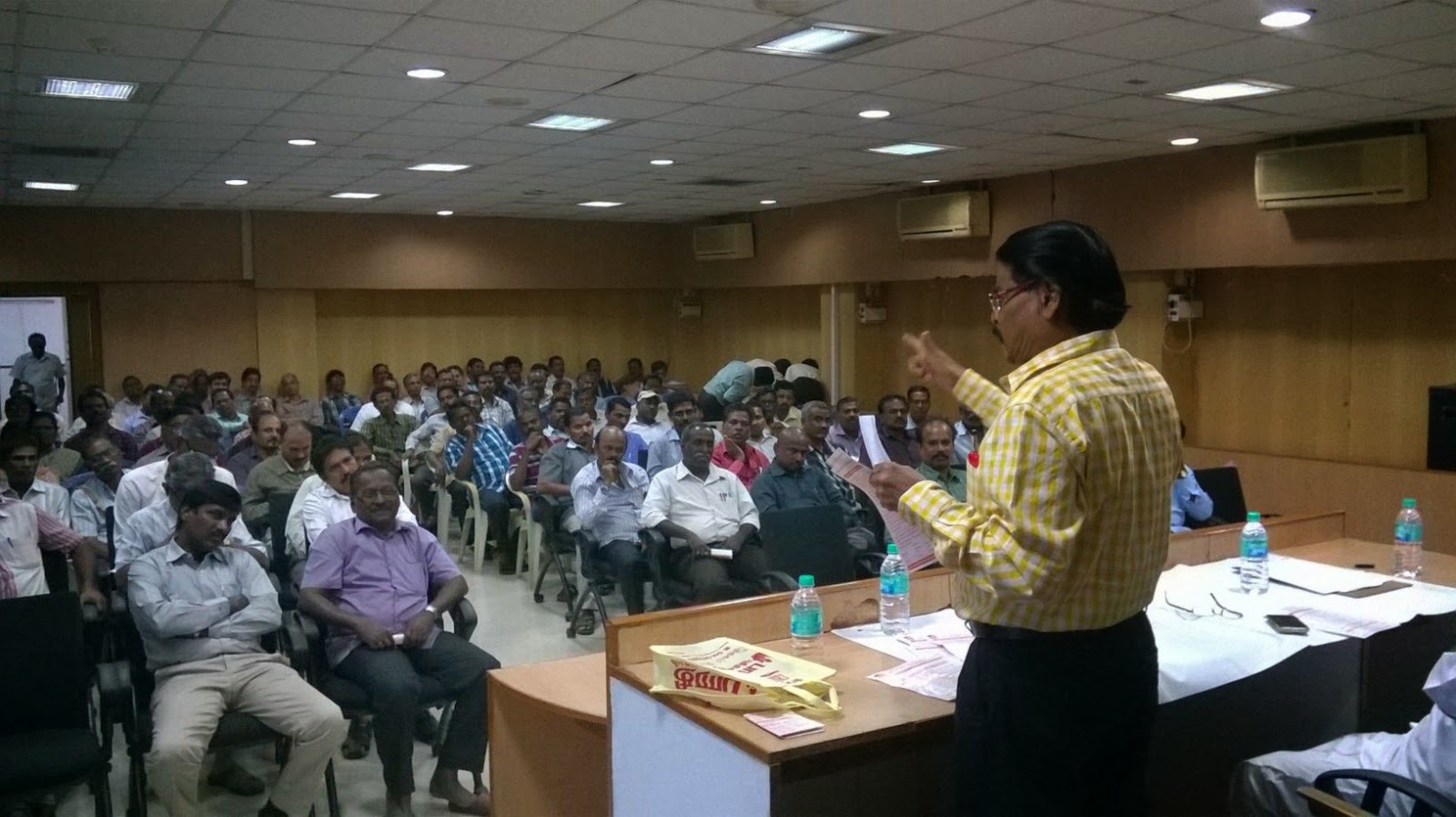 Posted by Confederation Of Central Government Employees at 4:22 PM