Report on the State JCA of Central Government employees

Com. Shivagopal Mishra, Com. M. Raghavaiah and Com. Pathak very forcefully urged the delegates to prepare for the struggle to save the Railways, Defence, Postal and other Central Government Departments from Privatization. The move to allow FDI in Railways, the leaders emphasized, will handover the Railways, the life line of the common people of India, to private individuals. All the leaders elaborated on the issues related to the wage revision from 01-01-2014, D.A. merger, Interim Relief and scrapping of the New Pension Scheme. National leaders appealed all the Central Government employees to participate in the march to Parliament on 28th April 2015 in huge numbers from where the date of indefinite strike will be announced, if the Government fails to settle the demands.

Com. KKN Kutty, in his brilliant speech narrated how the two decades of neo-liberal economic policies imposed on the people world over pushed the majority into poverty, deprivation and displaced them. At the same time, the miniscule segment of the society amassed wealth resorting to no holds bar exploitation. Exposing the hollowness of these policies, com. KKN explained the audience the necessity to understand the link between the policy issues and our demands. To oppose the Government on the issues of privatization, FDI in the Railways and Defence, and the New Pension Scheme, the awareness among the employees is essential. He lucidly narrated how many years of struggle of the employees made the Government concede the principle of minimum wage for the revision of wages for the Central Government employees. He exhorted the employees to realize their real potential. He emphasized that only struggle will ultimately make us victorious. The unity should be preserved and we should win.

The Convention unanimously adopted the declaration urging the Government to stop the move to bring FDIs in Railways and Defence. It urged the Government to reject the recommendations of the Task Force Committee on Postal Services. The Convention unanimously declared to implement all the agitational programmes given by the National JCA for the settlement of the 10-point Charter of Demands.

Com. V. Nageswara Rao, General Secretary, CCGEW, A.P summed up the entire proceedings and proposed vote of thanks. He reiterated the need to oppose the anti employee policies of the NDA Government. He declared that the patriotism lies in opposing the FDIs and safe guarding the sovereignty of the nation. Each employee should understand and take up the task to spread the message among the family members and neighbor-hood. Then only people will understand the demands and struggles of the employees. Com. Nageswar Rao urged all the Central Government employees to participate in all the calls given by the JCA including the march to Parliament and the indefinite strike. He thanked all the leaders and delegates for their participation and success of the Convention.

Com. CH. Shankar Rao announced that the State Convention of JCA in the A.P. State would be held at three Centers viz. Vijayawada, Tirupati and Vishakapatnam. 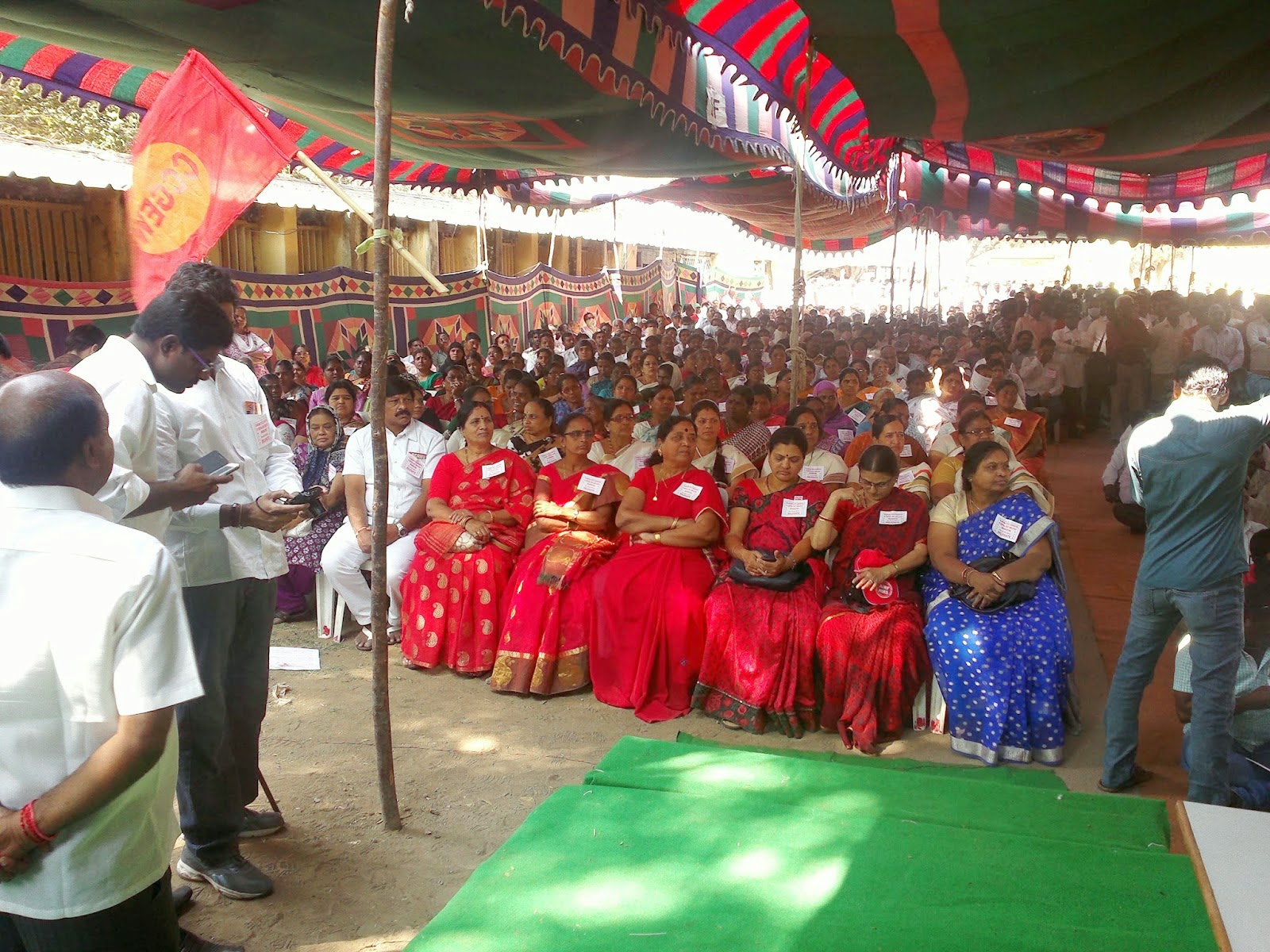 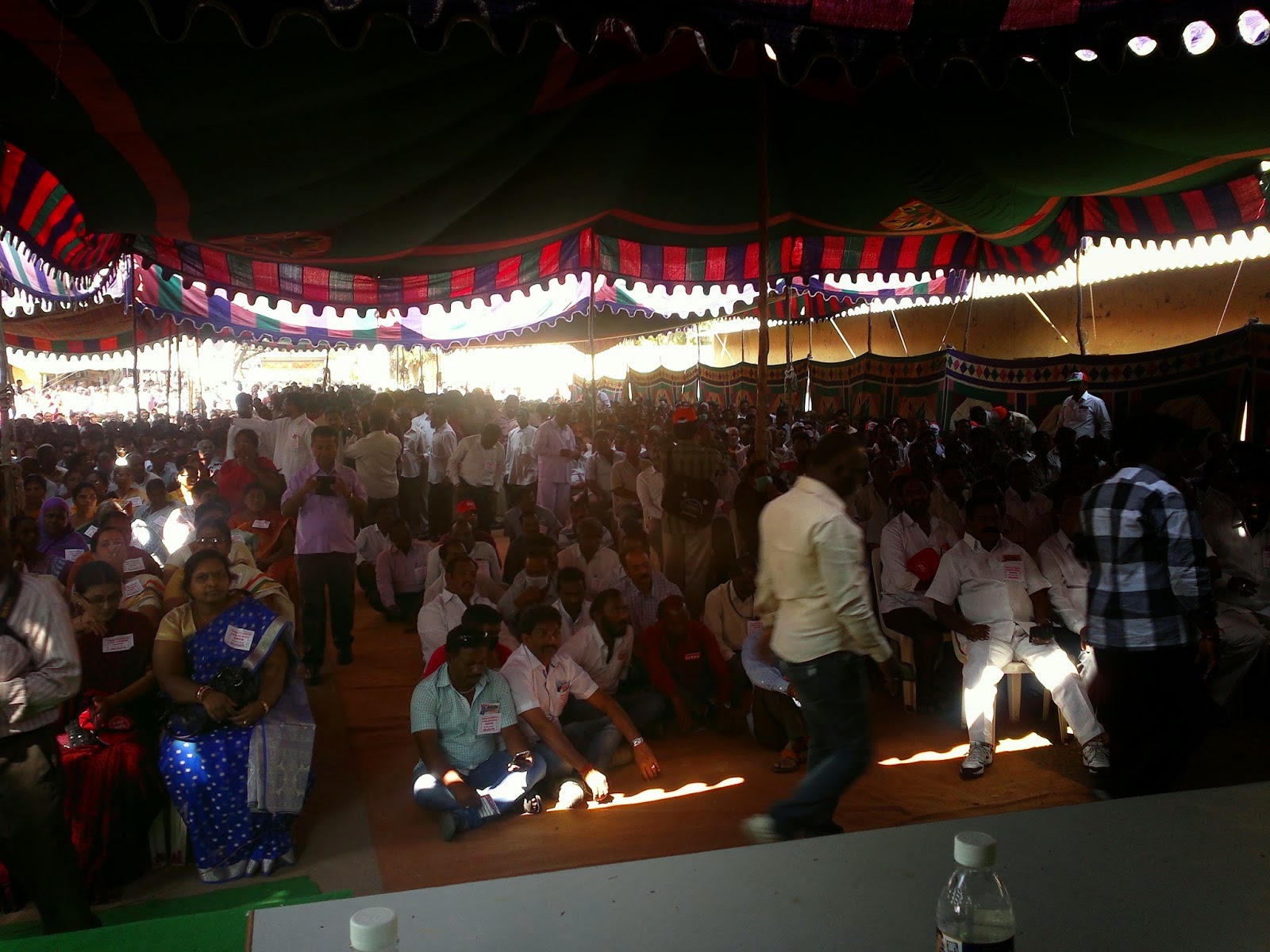 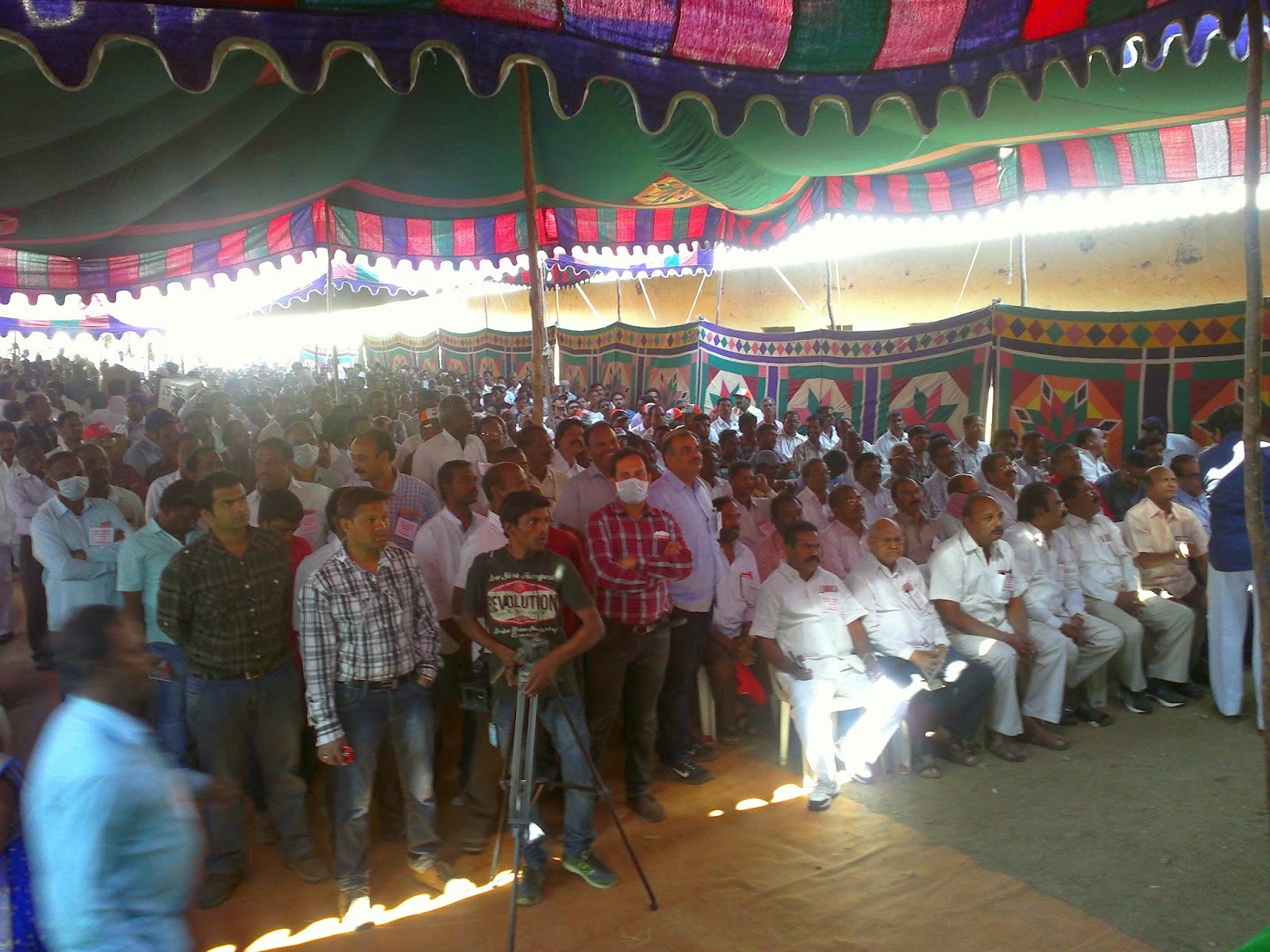 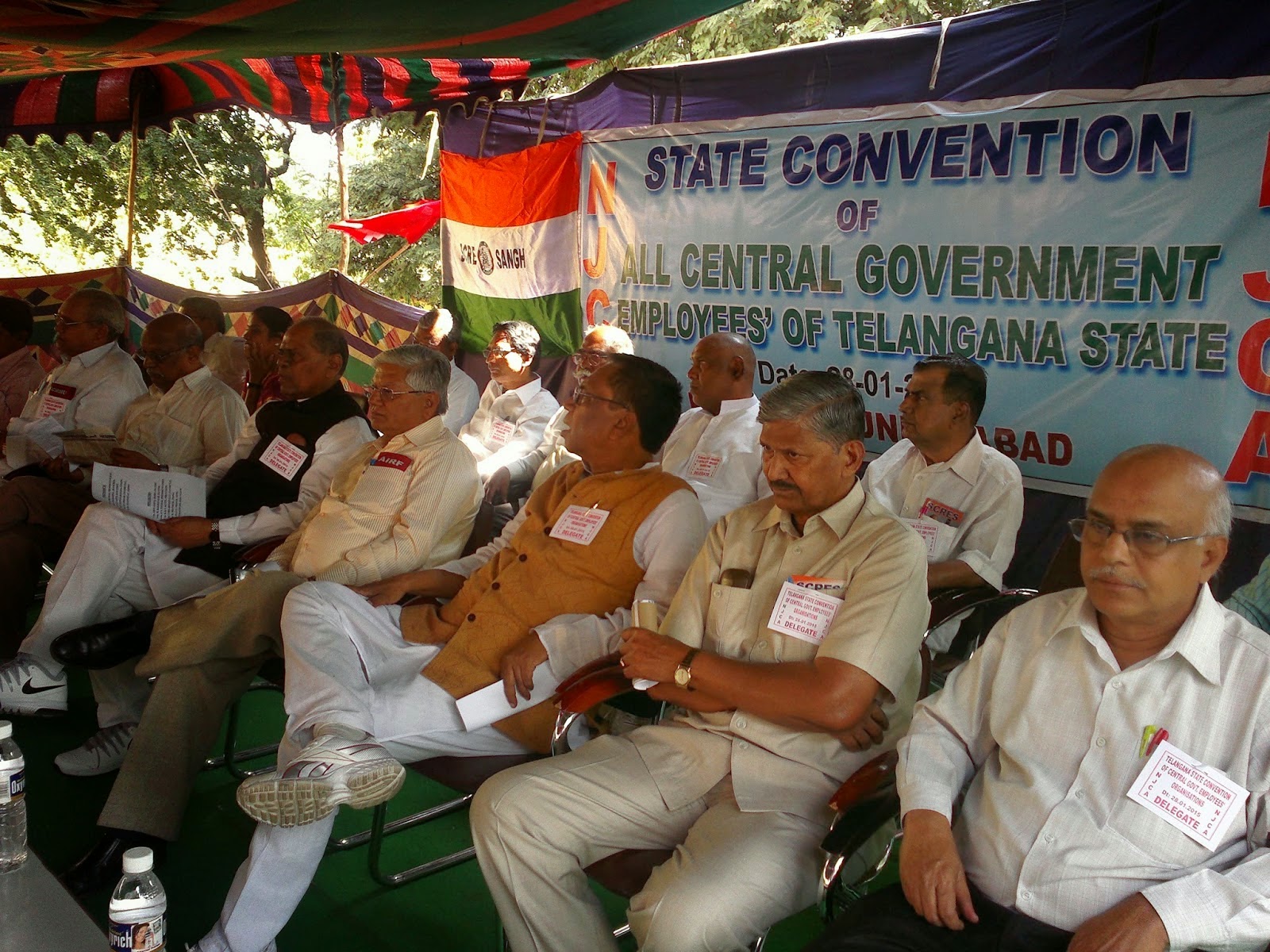 Posted by Confederation Of Central Government Employees at 4:25 PM