COM. S. K. VYASJI, THE LEGENDARY LEADER OF THE CENTRAL GOVT. EMPLOYEES AND PENSIONERS PASSED AWAY ON 13TH FEBRUARY, 2015. 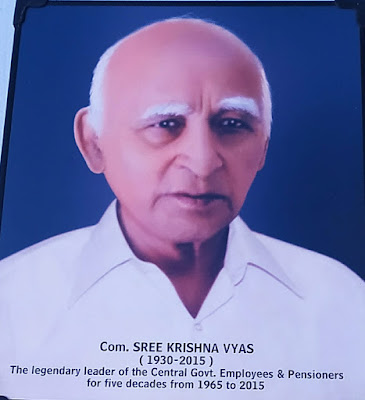 He is in our hearts!  His memories will be forever with us!  His long saga of struggle and sacrifice for the Central Govt. employees and pensioners will inspire the generations to come.

We on behalf of Confederation of Central Govt. Employees & Workers pay respectful tribute to Com.S.K.VyasJi  on his 6th Death anniversary .

Posted by Confederation Of Central Government Employees at 9:13 AM