At the call of the Confederation of Central Govt. Employees & Workers, New Delhi, the Non-Gazetted Govt. Officers’ Association, Andaman and Nicobar Islands organised a massive Raj Nivas March today (15.12.2016) at Port Blair where hundreds of employees & workers participated in the programme. Speaking on the occasion, the Genreal Secretary of the Association, Shri T.S.Sreekumar expressed concern over the negative attitude of the Government towards the fulfilment of the assurance given by the Group of Ministers to the Staff Side of JCM for revising the Minimum Wages & Fitment Formula on 30th June, 2016. He also criticized the Government for using delaying tactics in the implementation of Allowances in revised rate. Earlier, inaugurating the March, Shri D.Ayyappan, General Secretary, Andaman and Nicobar Gazetted Officers’ Association called upon the Central Government employees & workers create strong unity among them for the fight against the Government’s indifferent attitude in accepting the demands of the Staff Side and NJCA. The march which started from the Secretariat Entrance Gate and proceeded via BSNL Junction towards Raj Nivas was joined by hundreds of women employees from various departments of A & N Administration, Postal Department, Pensioners etc. A delegation comprising the Shri T.S.Sreekumar, General Secretary, Shri S.N.Mishra, Vice President, Shri D.N.Banerjee, Vice President, Shri Clement Stephen, Finance Secretary and Smt Nasreen Begum, Organising Secretary met the Hon’ble Lt. Governor and handed over the 20-Point Charter of Demands for its onward transmission to Govt. of India. Shri Anand Raj, Secretary, Secretariat Sub-Committee expressed vote of thanks at the culminating point of the march.
Similar programmes were also organised at outstations. In Diglipur, mass demonstration was organised in front of the AC’s Office where Shri Gopal Chandra Dey, Vice President & Shri S.Arumugam, Secretary explained in details the reason behind organising such a programme. At Rangat, a massive march was taken from APWD junction to AC Office. Hundreds of employees & workers participated in the march. Shri Ali Akbar, Shri Adaikkan, Shri Natarajan, Shri Suresh, Shri Parasad & Shri Chandran spoke on the occasion. A procession was also organised by the Billyground Branch of the Association. 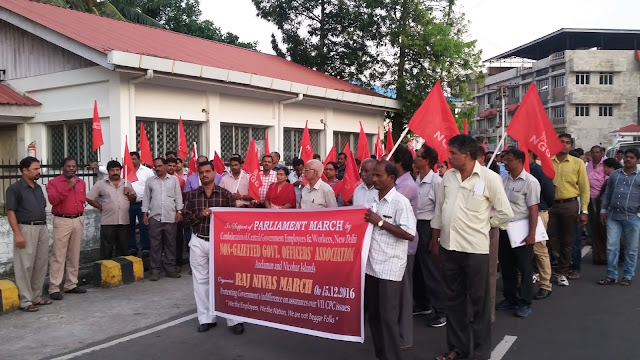 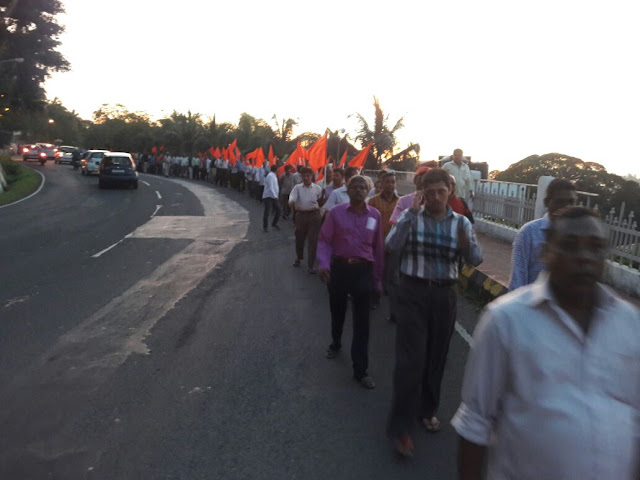 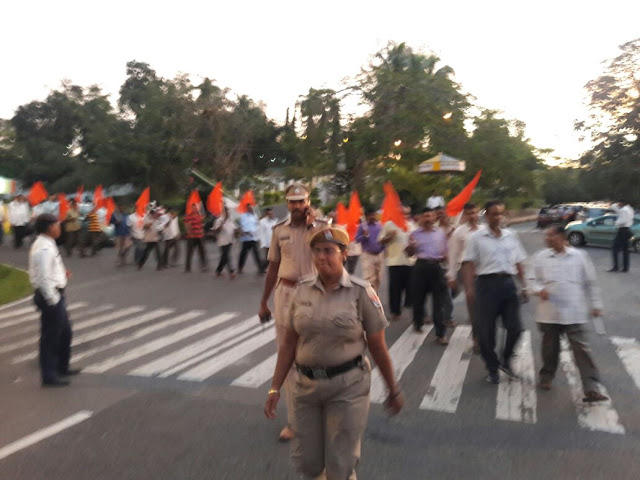 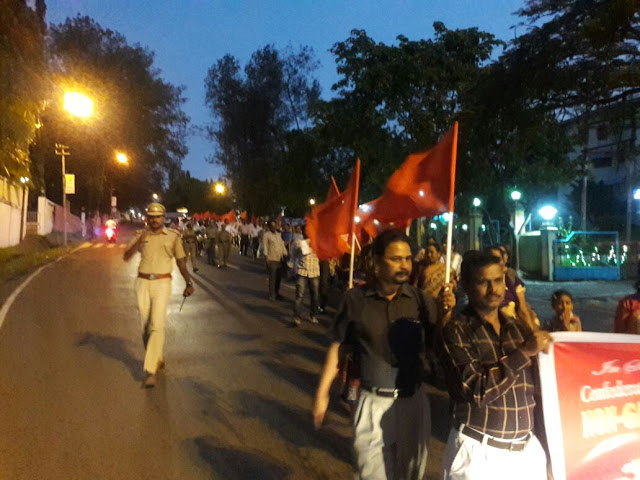 Posted by Confederation Of Central Government Employees at 10:03 AM