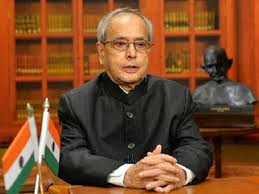 He was admitted in R&R Hospital, New Delhi. According to the Army’s Research and Referral Hospital, he suffered a septic shock due to his lung infection.

A scholar par excellence, a towering statesman, he was admired across the political spectrum and by all sections of society."

He was a legendary political leader.

He served as an MP seven times. Before becoming the President of India in 2012, and an important minister in various Cabinets, as Finance, Defence and Foreign Minister during Congress Government

He was widely accepted and Respected leader among all sections.

This is an irreparable loss to the country.

We as Confederation and NFPE convey our heartfelt condolences to bereaved family members and pray for eternal peace to departed soul.

WE PAY OUR RESPECTFUL TRIBUTE TO PRANAB DA.

Confederation of CGE& Workers and NFPE

Posted by Confederation Of Central Government Employees at 2:53 PM